The Whitehorse City Council is an official government council located in the outer suburbs of Eastern Melbourne.

We were contracted via Southern Cross Recycling to work directly with the council for a once off design and offline marketing project in 2010 that involved designing and printing several fliers which then had to be distributed to 45,000 households.

The brief included a timeline of when each brochure had to be distributed and to certain locations of the region across different dates.  There was a total of 100,000 units of material printed across with various designs and all material was distributed to the correct households and on time.   Our role was to manage the design, as well as project manage the printing and distribution of the stock. 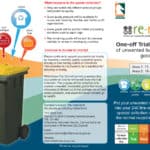 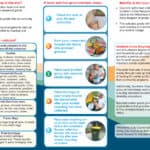